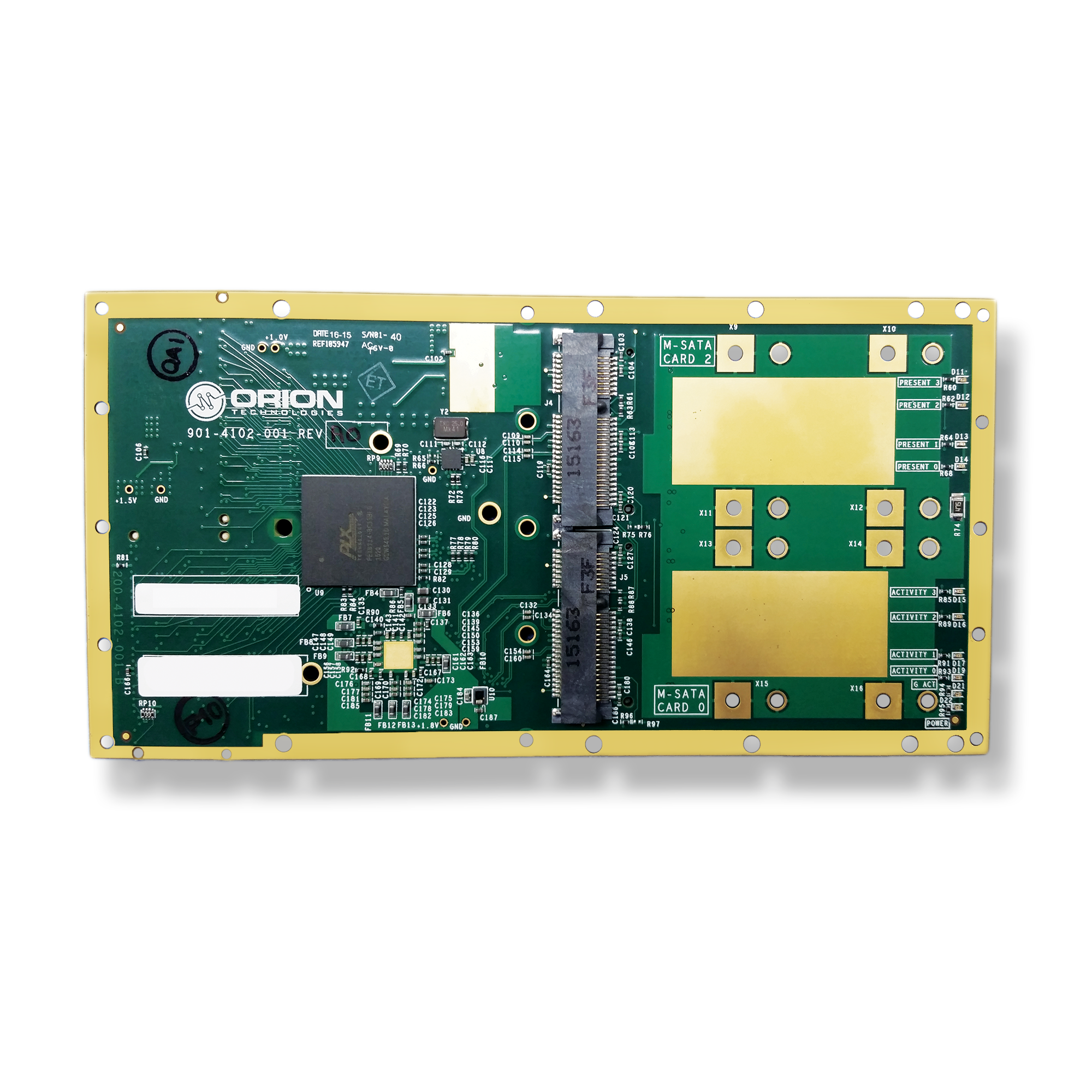 The Orion PMC4102 Flash Storage Module is a flexible, rugged, high-performance mSATA carrier card that is capable of storing Terabytes of data using up to four 6Gb/s mSATA sites.

The SATA controller presents a standard AHCI 1.0 interface that is supported natively by most operating systems. Generations 1,2 and 3 of the SATA wire protocol are supported to allow communication with mSATA payloads at 1.5, 3, or 6 Gbps.

Please contact us using the form to the left or at 407-845-1700 to discuss your requirements in detail. Orion's team of experienced engineers is available to work with you to provide a solution designed around your specific requirements.
© 2023
↑